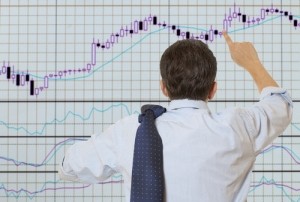 If you have filled up your gas tank lately, you already know the good news. Due to the drop in oil prices, gasoline has gone down to
levels we haven’t seen in several years.

The bad news is that the drop in the price of oil is having negative effects on oil companies and many of their suppliers. It is also having a negative effect on oil producing countries like Russia, which is seeing a collapse of their currency, the ruble, because their economy is heavily based on the price of oil. Some people are nervous that this could lead to further problems with the rest of the world.

The issue is that there is a huge supply of new found oil coming in from the U.S. due to fracking. At the same time, much of the European economy (and many other places in the world) have slowed down. There is not enough worldwide demand for oil to sop up all the excess supply that is coming to market.

It is really a classic supply versus demand problem. As long as the supply severely outstrips demand, the price will go down. Normally when the demand for oil goes down, the supply also goes down to meet demand. Then once it hits an equilibrium level, it will cease its downward move. But that’s the problem. Countries like Saudi Arabia and other oil producing nations are not curtailing their production. They are, in effect, declaring war on the fracking companies here in the U.S. It appears their plan is to get the price of oil so low that many of the fracking companies will cease operations or go broke because at some price of oil, the fracking companies cannot operate profitably. Oil producers like Saudi Arabia are betting they can last longer at lower oil prices.

As usual, it is the collateral damage to economies and companies that is worrying the market in the near term.

The other worry is the high yield market. Many of the high yield bonds that were purchased came from oil companies. If those companies can’t pay their debt, then the bonds could default. Some worry that the potential high yield bond problem could spill over into the stock market.

We think those are all legitimate concerns.

In the long term, however, lower oil prices are terrific for consumers. If you can save $10 to $20 per week on filling up your gas tank, that puts an extra $520 to $1,040 dollars in your pocket per year to spend on other things. Multiply that by the many millions of drivers there are in the U.S. and billions of drivers worldwide and that adds up to a lot of stimulus. It’s the same thing as giving consumers a giant tax cut. And that is good for the economy. Plus, the cost to heat your home should decrease and as transportation costs go down, the price of many things can go down with it. Oil is used in many products, so those prices might fall too. So the consumer is getting a real gift.

In the near term, the markets are going to be a little shaky as people try to figure out what the total damage is going to be in the oil patch and beyond. Could we finally have that 10% – 20% correction that we have avoided for the last 5 years? We’re not predicting that, but anything is possible. We might be in for a little pain. For those with a longer time frame, however, the lower cost of oil is a real positive for the economy. So if we do get one of those corrections, look for companies to buy on the cheap.