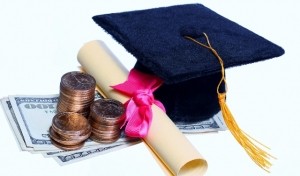 Ok, this is probably not news to anyone who has children, but it is darn expensive to rear them. The U.S. Department of Agriculture recently released the actual facts and figures in its “Expenditures on Children by Families, 2013” report.

How does $245,340 sound to you? That’s what it costs to raise one child. And that’s only up to the age of 18, so it does not include the cost of college and beyond.

That’s right. The report shows that a middle income family with a child born in 2013 can expect to spend about $245,340 ($304,480 adjusted for projected inflation of 2.04%) for food, housing, childcare and education, and other child rearing expenses up to age 18.

By the way, the reports says once you have more than two children, the less it costs PER CHILD due to things such as hand me downs, sharing of toys, the purchasing of food in larger more economical ways etc.,  but the total cost is still more with additional children.

This report only confirms that if you are going to have children, you should prepare for the costs and start saving as early as possible.

This is especially true if you aspire to pay for your children’s college school expenditures. According to CNN Money, the cost of in state tuition at a public school such as the University of California (Berkeley) is $12,864. The total annual cost is $32,479 which includes tuition, fees, room and board and books (excluding grants or scholarships).

Tuition at a private school such as USC is around $46,298 per year (according to CNN Money), with the total cost PER YEAR of approximately $63,033.

So getting started with a 529 plan or some other savings vehicle the year in which the child is born would make a lot of sense.